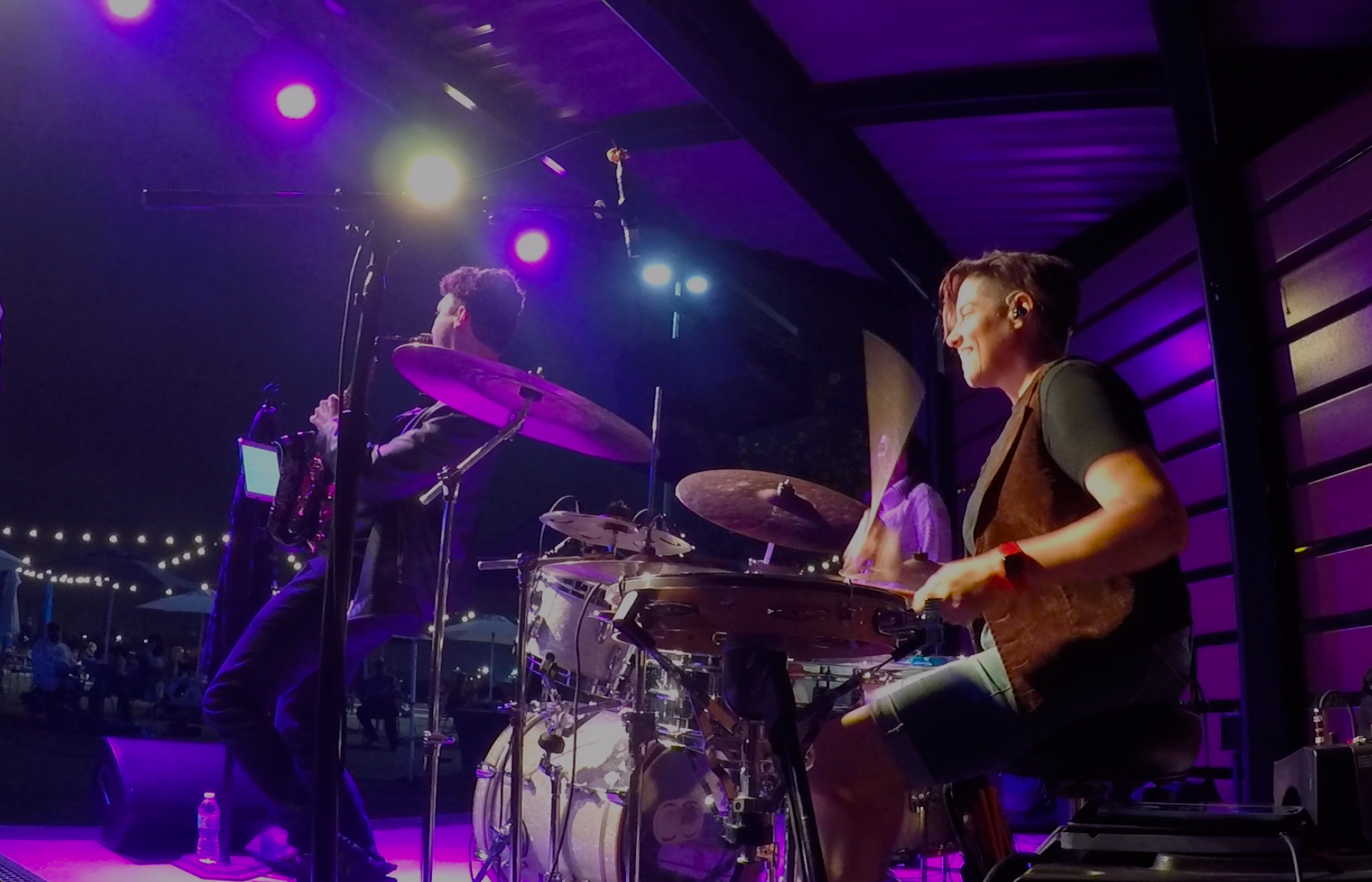 Sandi is a drummer, educator and songwriter residing in St Petersburg, FL. Currently playing a successful weekly jazz residency for the past 4 years, “The Sunday Jazz Project” featuring James Suggs on Trumpet, she is a drummer for The Bay Kings Band under the International Musicians League, drummer for The C+C Music Collective a Neo Soul House band at CW’s Gin Joint in Tampa, FL, she drums for Steph Callahan at The Salty Nun every other Thursday, and drums in her own organ-led Jazz Funk Fusion trio, Not From Here.

Sandi has toured/ recorded with critically acclaimed acoustic duo, Halcyon around the southeast US region from 2010-2016. Has opened for Brandi Carlile, Sophie B Hawkins, Peter Frampton, Lisa Loeb, Michele Malone and Melissa Ferrick. Recorded albums with regional acts Rebekah Pulley and Amy Steinberg and was a session drummer at The Spirit Ranch with Grammy Award winning producer Bud Snyder. Sandi was an original founding member of the popular St Petersburg, FL band The Cheaters.

Sandi has taught thousands of drum lessons to 100’s of students since 1997 starting at world famous Roselle Music in Roselle IL. Within months of relocating to Sarasota FL she opened up her own successful music school, The Drum Studio, teaching drums, bass, guitar and rock bands from 2002-2020. Born and raised in the Chicagoland area Sandi started playing drum set by ear, is self taught and cites Alex Van Halen, Kenny Aronoff, Myron Grombacher and her dads rhythm master “sideman” drum beat box as her first influences. She excelled in public school jazz, marching, pep and concert bands. Sandi cut her teeth on the Chicago Blues scene with many world renowned blues legends in the early 90’s Including, Shirley King (B.B. Kings daughter), Chico Banks, Sugar Blue, Koko Taylor and The Black Lone Ranger. She has been a first call drummer in the Tampa Bay Area for many genres including experimental metal, hard rock, indie pop, funk, R&B, soul to jazz fusion for the past 20 years.

“Music has taken me on my journey through life, I am forever grateful to have been born with the drive, determination, and motivation to follow my calling as a drummer. I am constantly learning and humbled to be a part of this ever expansive music community”